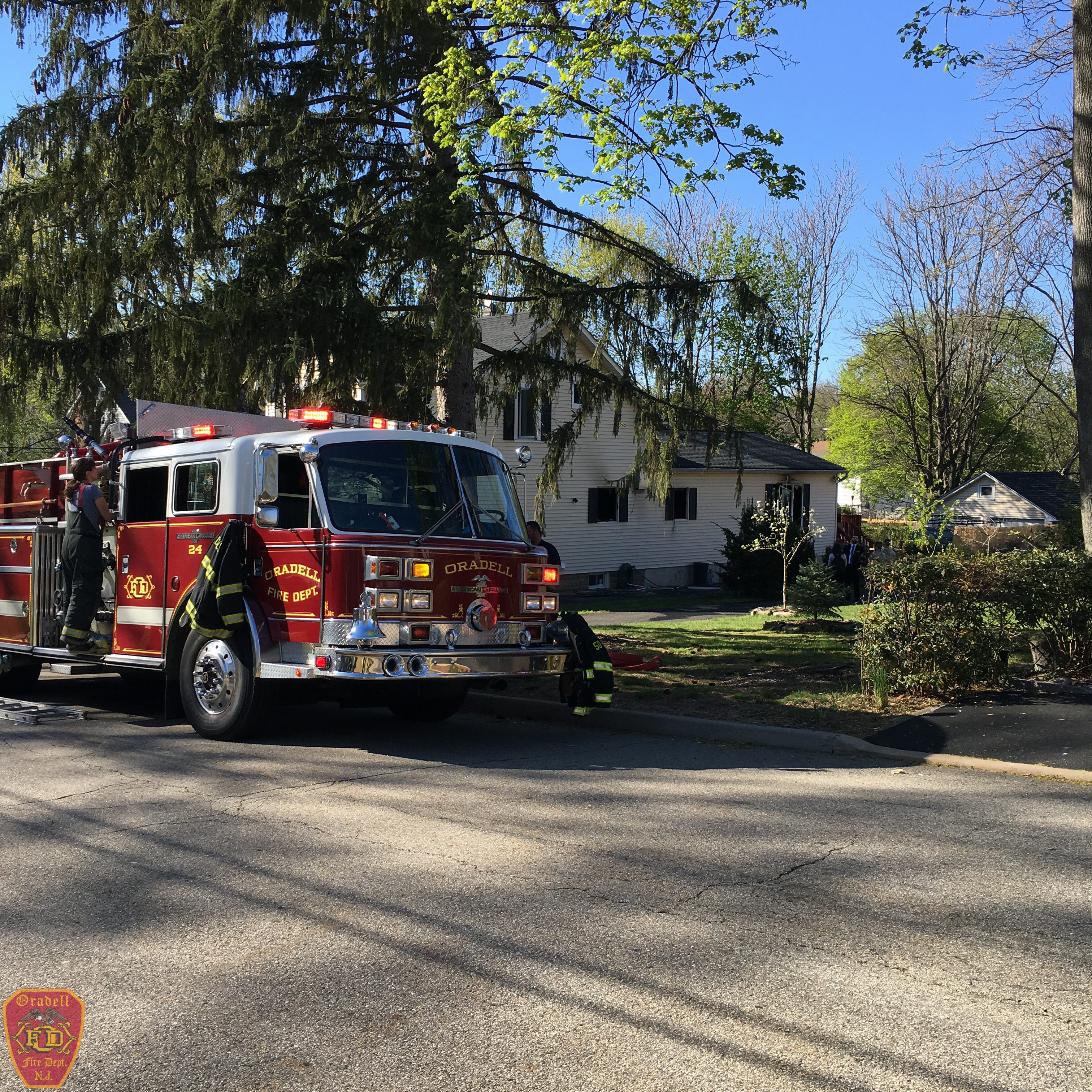 At 3:20pm today, companies were dispatched to 500 block of Taylor Avenue in Oradell for a reported house fire, dispatch had received multiple 911 calls reporting smoke in the area and a fire.  Chief 20 arrived on scene shortly after and reported a working fire in the rear of the structure.  Engine 24 arrived and began stretching a 1-3/4″ attack line into the structure to make an aggressive interior attack.  Tower 21 arrived and began primary searches for possible victims in the home.  A 2nd Alarm was transmitted by Chief 20 to bring additional units to the scene.  Heavy fire conditions were encountered, but a quick knock down was made by the engine companies on-scene. 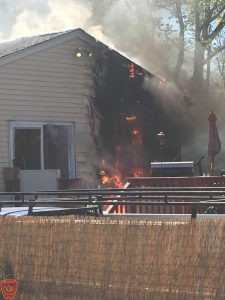