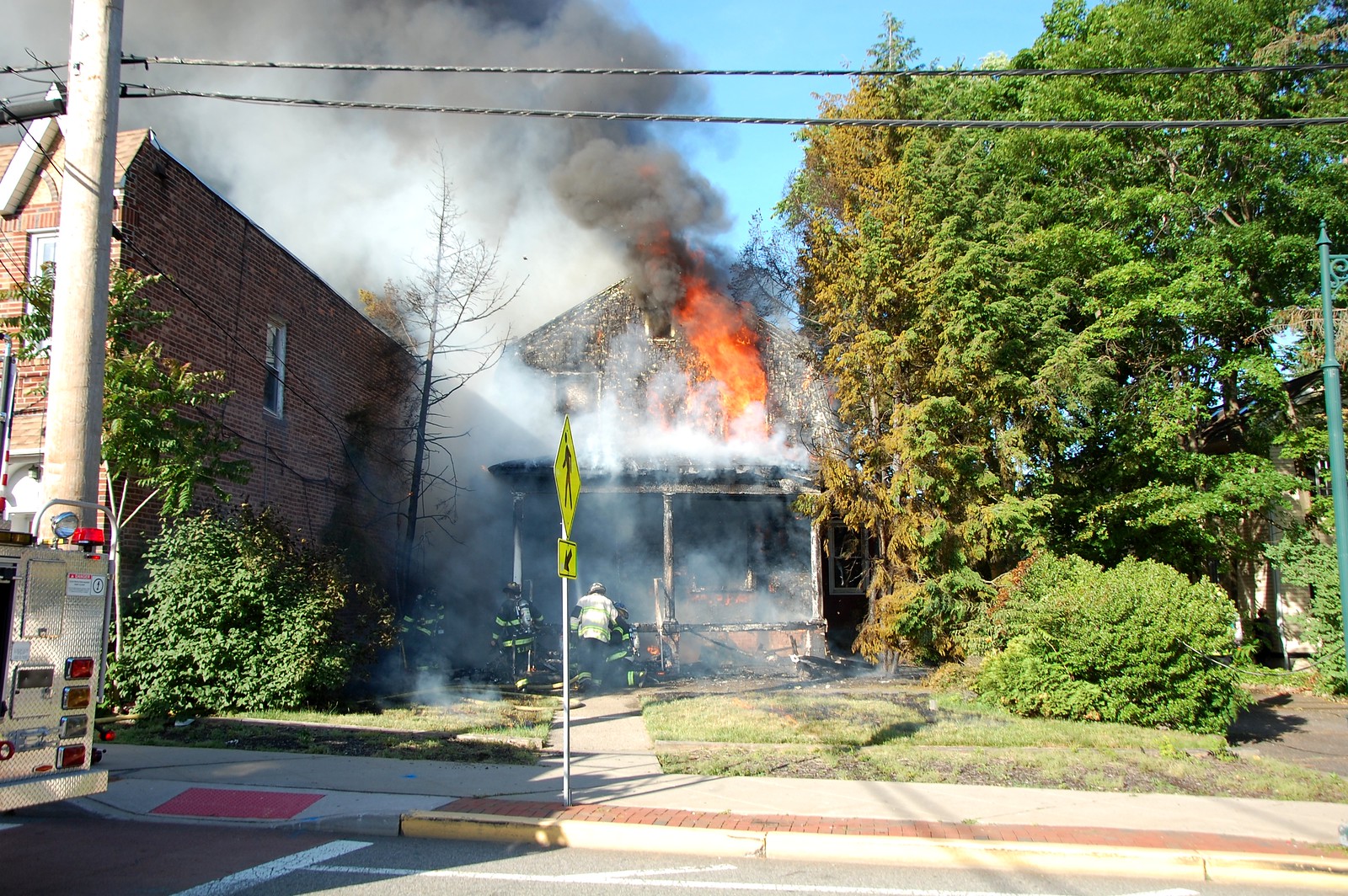 On Tuesday around 18:00 hours, the fire department was dispatched to the 200 block of Kinderkamack Road for a reported house fire which was quickly confirmed by Oradell Police, who also advised of an occupant possibly trapped inside.

Oradell Squad 22 was the first arriving unit, secured a water supply and stretched an initial attack line to the front of the structure to begin knocking down the fire.  River Edge Ladder 1 arrived on-scene shortly after (already out on another alarm) and quickly worked to get a ground ladder around the rear of the building where a trapped occupant was reported to be located.  Members of Squad 22 and Ladder 1 were able to successfully remove the trapped occupant from a roof in the rear of the building.